Having taken delivery of my 2004 MINI Cooper “Trevor” in March 2004, I just missed the availability of the John Cooper Works MINI Cooper Tuning Kit which was announced in April 2004. It was available for approximately two months before the model year 2005 update ended production of the kits in July 2004. Late last year, MyMini was able to locate one of the kits for me and I finally decided to have it installed. Downtown MINI in Orlando installed my kit in exactly the five
hours quoted to me.

Note: this is not the new JCW Sound Kit but rather a full Tuning Kit which includes the following: 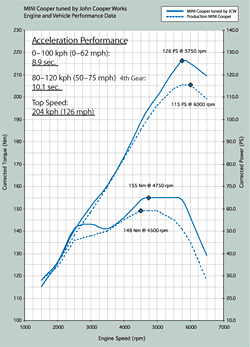 My first impression was very favorable. Right away the exhaust sound had improved (but I miss my stock “beer can” exhaust tip). After the install I motored to run some errands around town and on the highway. Immediately I noticed three major improvements to my Cooper:

With the cooler weather in Florida, my MINI Cooper was already running a bit quicker. But the JCW Tuning Kit removed the last traces of hesitation and sluggishness. It pulls strong from 2000 rpm straight through to 4500 rpm into the normal Cooper power band. I need to downshift less when accelerating at speed. This is how the Cooper should come from the factory. 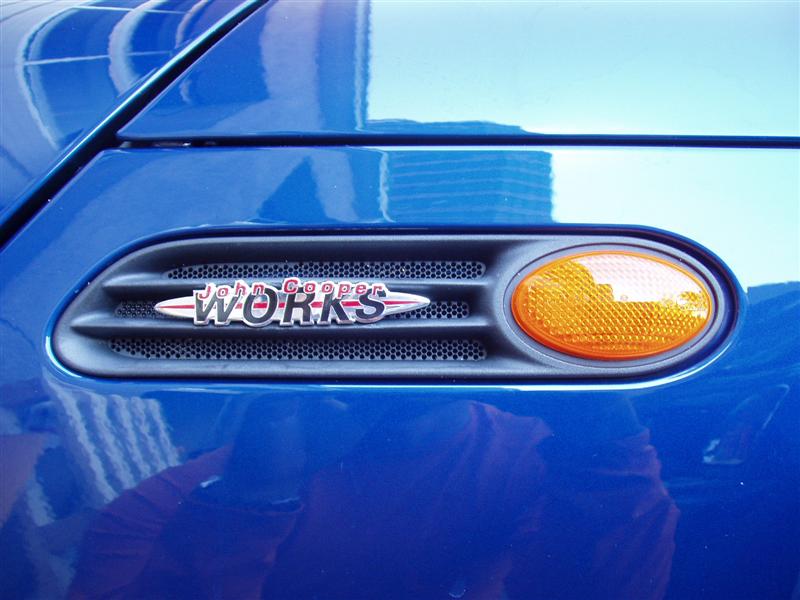